In short - network automation teams are recreating similar Ansible playbooks since most of us have similar problems to solve. For instance, adding an application to the datacenter will require creation of VLANS, extending them over port channels, creating STP priorities etc. The Ansible network-engine strives to provide pre-canned, opinionated (meaning best-practices) roles that will make automation easier to kick start and reuse across most teams.

In Part 1 of this 2 part series, I illustrated how to invoke the command_parser module using the network-engine role from Ansible. I then used it to illustrate how to build a simple parser, leveraging regex to convert unstructured device command output to structured data.

In this post, I’ll build on it, highlighting the command parser options that makes wrangling any complex device output into structured output. In particular this post will deep-dive into the following directives:

The playbook and complete parser is available in this git repo.

Until recently, I had only used TextFSM to do this. While TextFSM works, it has a significant learning curve, IMO. Last week I decided to give the command_parser module a spin and right off the bat my impressions were:

Note: This is in no way pitting one against the other. network-engine provides a textfsm_parser as well as the command_parser

“Everybody automate everything, now!” - Enterprise CTO (who just got back from a industry networking event)

I’ve heard these comments from numerous organizations; often from CTOs and engineers within the same organization. So if the topmost level of the management is laying down goals to automate “everything” and the engineers themselves are excited to make it happen, why is there a gap? 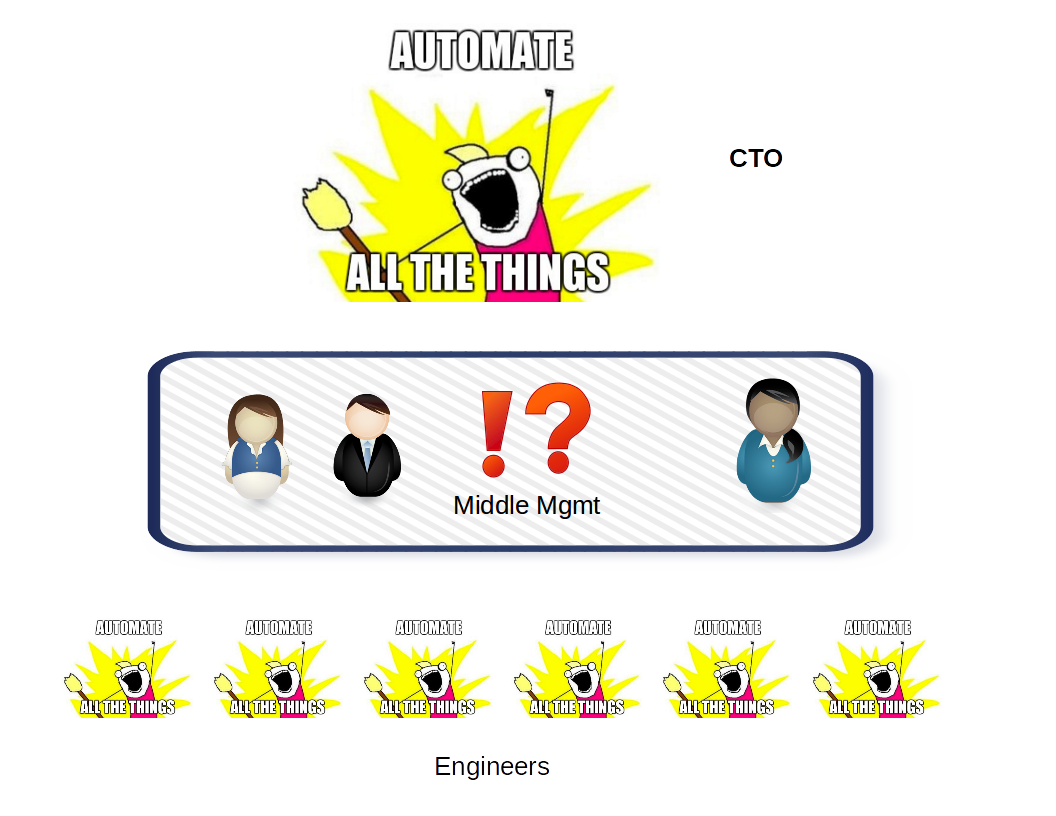 So are middle managers the problem? Across organizations, middle mangers could be senior network engineers who have advanced to a point where there is no technical growth path. They have become comfortable managing a team of network engineers and know how to hire network talent. The automation space is filled with technical jargon and buzzwords that are new (and therefore scary). Coming from a technical background fear of the unknown can be unnerving.

Recently I was working on YANG device models, using NETCONF to interact with the actual device (NXOS 7.0.3.I6.1). I was using Cisco’s NX-OS Programmability Guide for the 7.x version. I have had previous experience working with YANG and Cisco’s NEDs through the tail-f/NSO product and was feeling quite confident in my understanding of how YANG is being used for modeling (Either a service or a device) and how NETCONF was one of the protocols used to interact with the model. However, I was getting lost trying to navigate the NXOS’s YANG model over the NETCONF client.